Last Viewed
April is National Community College Month and we're taking the opportunity to celebrate the importance of the community colleges in Iowa, as well as the relationship they hold with the community. Did you know that Iowa Western was founded in 1967?

In 1964 the need was recognized for expansion of the opportunities for higher education in the State of Iowa. Study committees across the State were appointed to gather and disseminate information and to consider the prospects for establishing two-year area colleges. On June 7, 1965, area school legislation was approved. By July of the same year, the study committeesÂ´ reports and proposals were published and distributed to school officials in the appropriate designated areas in the State.

A proposal for Iowa Western Community College was authorized by seven county boards of education in Cass, Fremont, Harrison, Mills, Page, Pottawattamie, and Shelby counties for submission to the State Board of Public Instruction. After specific locations of campuses were agreed upon, approval was granted by the State Board in February 1966. Clarinda Junior College, which was
established in 1923 and had a long history of providing a two-year liberal arts education in Southwest Iowa, was selected to serve as 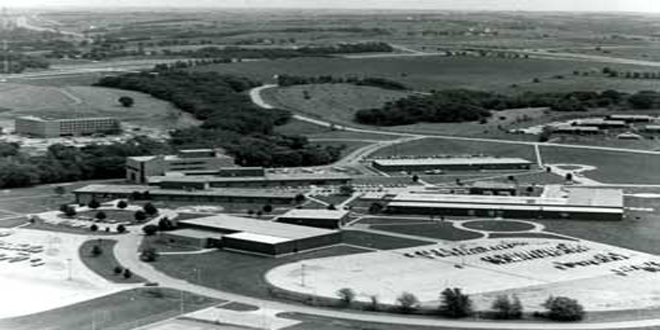 one campus, and a new campus was located in Council Bluffs. The College expanded into other parts of the district with the establishment of centers in Atlantic (Cass County Center), Harlan (Shelby County Center), and Shenandoah (Page/Fremont County Center).

On January 23, 1967, two vocational-technical programs were started using facilities in Council Bluffs. A major development was the addition of a liberal arts curriculum at the Council Bluffs Campus in the fall of 1968.

Want to Get Involved?
We are excited to announce we will have FREE classes and sessions throughout the day on April 2, 2020 to celebrate the unique relationship between the community and Iowa Western. We will make updates on our site as more classes are scheduled. If you would like to learn more about sharing a talent or passion with the community college by teaching a class, please submit your class ideas here!

back to top
Powered By Lumens
Imagine the possibilities.
back to top